Last month, Apple introduced its newest iteration of iOS, and with it came a barrage of new features for consumers and developers alike. Although the update won’t be launched until September, Apple released a public beta of iOS 9 to its users on July 10th. As with last year, this update provides critical new features to app developers. Along with several updates to its own apps– including Maps, Passbook, and Notes– Apple has opened up its platform to allow developers to further integrate with its own native functionality. Below, I explore five key additions that will enrich the development of your application.

1. Deep Search— With iOS 9, Apple has expanded its native search function. In addition to web-based search improvements, Apple now allows developers to share their own search results. By indexing your app, users can find your content via a simple search. A search for a restaurant, for example, could turn up a link from your app to make a reservation. 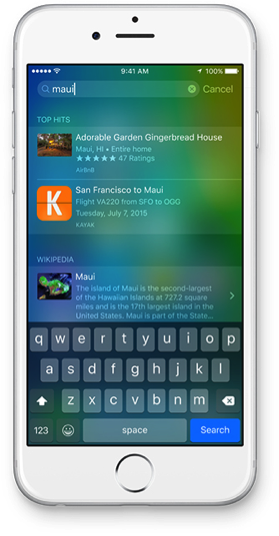 2. Multitasking– iOS 9 allows iPad users to use two apps simultaneously. In order to optimize your app for this feature, you must use size classes while building your interface, as you are essentially building a new screen size for your app. 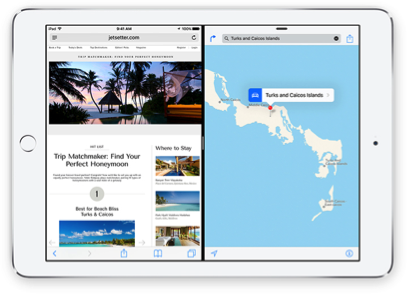 4. Streamlined App Onboarding— With iOS 9, Apple introduced Safari View Controller, a tool which provides a way for apps to open small pieces of web content in-app. Rizwan at Cluster wrote an article about using this tool to streamline your user onboarding process and to customize app flow based on type of acquisition.

5. App Thinning– Though a bit more technical in nature, the introduction of app thinning allows app distributors to optimize the installation and update of apps, and to install different app packages based on the user’s device. In short: this feature makes app installs faster and smaller.

iOS 9 creates a new feature set for apps that prove important for new and existing app owners alike. Interested in integrating any of these new features into your app? Contact our iOS experts today!